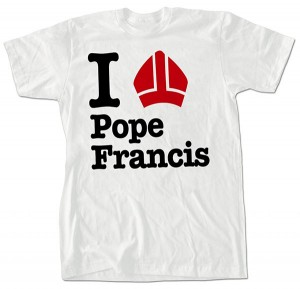 A big thanks to Joseph Feeley for sending information about the Pope’s visit to the U.S.!

I thought your readers might be interested in reading a news bit about this website that was created for the Pope’s visit to the U.S.A.. It has the pope’s visit schedule broken down by city, has news, hotel booking and other stuff. It’s called popefrancisvisit.com. There are two press releases out for it already:

Religious News Services (RNS) released a press release about it here the other day:
http://pressreleases.religionnews.com/2015/03/26/pope-francis-visit-website-gets-america-ready-pope/

and Christian News Wire had a bit about it too:
http://www.christiannewswire.com/news/3547175780.html

When the news is overloaded with Pope Francis, where do you get the details on his upcoming U.S. visit?

Catholic to the Max, the Ohio-based family company famous for their t-shirts, coffee mugs, and framed art, has made the all-in-one solution. They call it www.PopeFrancisVisit.com

PopeFrancisVisit.com is a comprehensive website providing information on Pope Francis’ upcoming visit to the United States. Finding historical background and keeping up with the latest information on a papal visit to America usually means jumping from site-to-site on the web, but Catholic to the Max has created a one-stop-shop for that.

“We’ve been down this road before, back in 2008, when we realized there was no all-in-one website for Pope Benedict’s visit to the U.S.” says Mark Nelson, the owner of Catholic to the Max.

A devout Catholic and father of nine children, Nelson and his Catholic to the Max are no strangers to Papal visits, having run the official retail arm of the 2008 Pope Benedict Visit to Washington, D.C. as well as his own unofficial websites in the past.

“We’re just doing what we love: celebrating the Pope. We don’t need to be labeled ‘official’ in order to love the Holy Father in our own way. This is what we do.”

The “unofficial” nature of the PopeFrancisVisit.com website, however, doesn’t mean that you can’t get official products there. In addition to supplying Philadelphia and the World Meeting of Families with retail merchandise, Nelson is also licensed to sell the official World Meeting Icon on his own website and to Catholic bookstores across the country.

“The World Meeting has an official icon of the Holy Family that we can beautifully reproduce on canvas, wood, even coffee mugs. Parishes have already been buying their own Holy Family icon reproductions and setting them up at the front of the church. Everything we sell goes to support the World Meeting, both monetarily and prayerfully.”

Prayerfully? Nelson believes that prayers for Catholic families in general, and the World Meeting of Families specifically, are necessary over the next several months, and the Holy Family icon can help encourage that.

“Having that official image at the front of the church during Mass or having small prints available on a table in the back is a huge reminder and wake-up call for the average Catholic: this World Meeting is a big deal, and we need to get the word out and to pray.”

Catholic to the Max is based in Steubenville, Ohio. World Meeting of Families and Pope Francis products are available at www.popefrancisvisit.com, or by phone at 800.895.6267 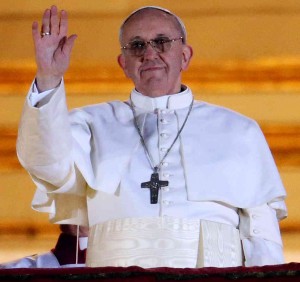